Travel2Next
Home Best of Queensland Things to do on Moreton Island

There’s sand in my hair, between my toes and on my lips as I propel headlong down a long smooth sand dune on Moreton Island.

I’m lying on my belly head forward on a waxed sand board, clutching it with my arms held awkwardly in a chicken-wing pose.

Unlike some of the other sand boarders, who careen down the dune screaming, as fear turns into exhilaration,

I’ve managed to summon up enough presence of mind to keep my mouth shut but it hasn’t stopped the sand from pouring down the front of my shirt and into my pockets. Things to do on Moreton Island

The dunes are an otherworldly ocean of sand: smooth, soft and pale.

I feel extremely small next to the massive undulating dunes which surround me.

Formed during the Pleistocene era, during the ice ages, Moreton Island’s dunes are constantly changing, re-shaped by the elements each day.

The king of dunes is the 285-metre high Mount Tempest, which is the highest stabilised sand dune in the world and surely, a thrill-seekers dream come true. About 95% of Moreton Island is a national park and getting around requires a four-wheel drive.

Along with Fraser Island and North Stradbroke Island, Moreton Island is part of a group of sand islands in Queensland.

There are several other islands in Queensland but most are in the northern part of the state.

These islands, such as Lady Elliot Island, Lizard Island and Heron Island offer access to the Great Barrier Reef.

The most spectacular views are from the Cape Moreton headland at the northern end of the island where the 1857 Cape Moreton lighthouse stands.

You can camp, rent a beach house in one of the island’s townships – Bulwer, Cowan or Kooringal – or stay at the Tangalooma Island Resort on the west side of the island. Tangalooma’s numerous activities are tuned around sand and surf.

The ATV quad bike track is a hoot and suitable for all ages; the young ones ride junior-sized bikes.

There’s a fish-feeding tour among the shipwrecks offshore near the resort and a host of sand activities including beach volleyball, beach cricket and beach bicycles. Each evening 10 wild dolphins swim up to the beach to participate in the dolphin feeding, which began in 1992 and has become the island’s signature experience.

I stand on the jetty mesmerised by the dolphins frolicking in the water listening to the dolphin care team manager from Tangalooma’s Marine Education and Research Centre, talk about the centre’s research work studying the dolphins in Moreton Bay.

He stops mid-sentence and lets out a gasp as a dolphin glides by with a young calf, perhaps less than 12 hours old.

There’s a flurry of activity as the researchers rush to photograph and record details of the new arrival as it’s not common for a dolphin to bring a calf this young so close to shore.

Each evening, day trippers and resort guests crowd the jetty to see and feed the dolphins. After a brief educational talk, we queue along the beach.

When it’s my turn, a staff member leads me into the ocean until the water is thigh high and I hand over a small fish.

Although the feeding is regimented, it’s still a delightful experience but over all too quickly. Moreton Island is 40km from Brisbane by high-speed catamaran from Pinkenba. Stay at Tangalooma Island Resort. 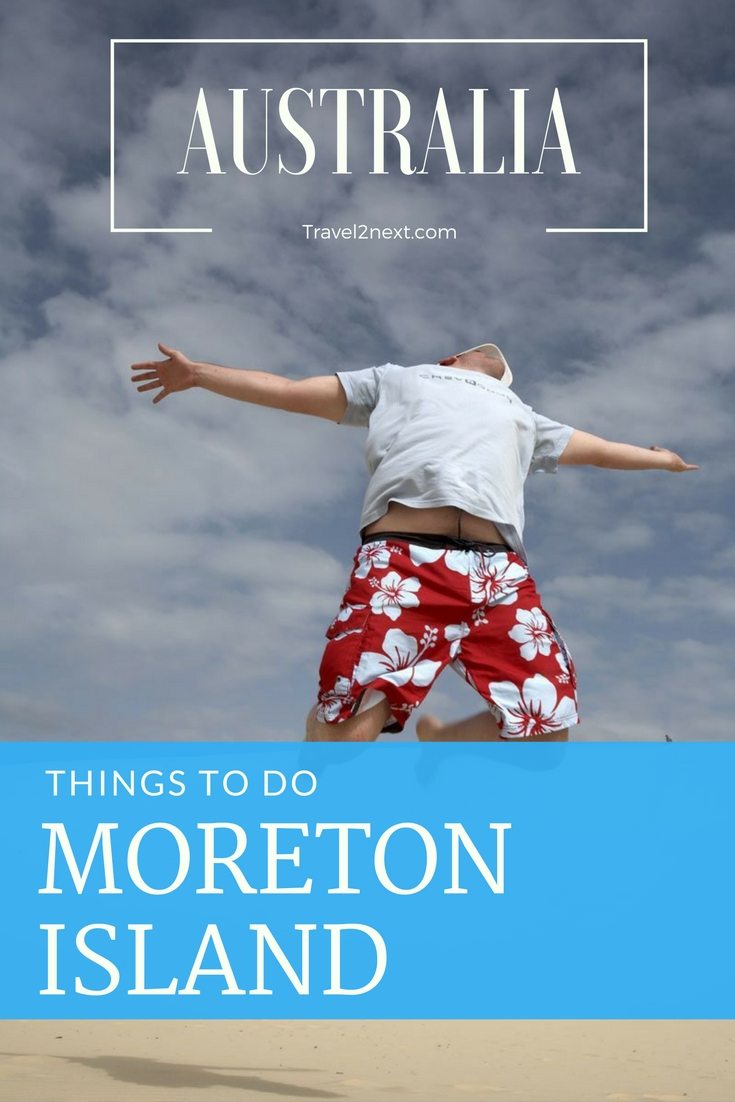