Tasmania travel blog showcasing the best of Tasmania. Tasmania is an island state in southern Australia and a destination that has a raw and wild beauty. With stunning coastal landscapes and green rolling hills, Tasmania is a delight to explore. You’ll be charmed by the friendly locals, enticed by the relaxed island lifestyle and intrigued by its convict history.

Tasmania is also an island with amazing food and wine, and a haunting history evoked by world-famous convict ruins.

Often called the Apple Isle, Australia’s smallest state is rich in national parks and World Heritage wilderness. Another wonder to see in Tasmania is in the sky. Just look up and gaze in awe at the Aurora Australis or Southern Lights, which illuminates the night’s sky in a rainbow of colours.

What is the largest city in Tasmania?

Launceston is Tasmania’s largest city. Located in northern Tasmania, Launceston is a small city with a population of around 100,000 people.

What is Tasmania best known for?

Tasmania is known for its pristine wilderness areas. 40% of Tasmania is covered in national park. Tasmania is also known for wine and food, such as top-notch cheeses, chocolate, oysters and fresh fruit. Tasmania produces excellent gin, whiskey, wine and beer.

Tasmanian devil (Sarcophilus harrisii) is a carnivorous marsupial that used to be a native species found on Australia’s mainland. Tasmanian devils now can be found in the wild only in Tasmania, such as Maria Island and the Tarkine. 51 Things To Do In Tasmania Ilona Kauremszky - 27 October 2022
What would the world look like if you were a bird soaring in the sky or an angel floating in heaven? If you happen to be flying above Australia, you might notice some of the most alluring views are actually in Tasmania (even though New South Wales has the...
Read more Christina Pfeiffer - 27 October 2022
One of the most popular things to do in Tasmania is to see its wildlife. Did you know Tasmania has 33 native terrestrial mammals and 41 marine mammals? Tasmanian wildlife includes pademelons, eastern quolls, bettongs and Tasmanian devils. Wildlife in Tasmania extends to birds - there are 12 species...
Read more The Editor - 27 October 2022
The Aurora Australis is not as well-known as the Aurora Borealis in the north but if you catch it on the right night, it is just as amazing. Australia's light show in the sky, the Aurora Australis or Southern Lights is as stunning as any night lights you'll see...
Read more

Sue Henly - 27 October 2022
Looking for a fabulous beach? In Tasmania, beaches are wild and beautiful. We've scoured the island for the best beaches in Tasmania and there's no shortage of beautiful ones there. As an island, going to the beach is an activity in Tasmania that is on every visitor's list. So,...
Read more Tony Isaacson - 27 October 2022
Tasmania may not be at the top of the mind as a diving destination but there is actually marvellous and colourful biodiversity of aquatic life. Diving in Tasmania is different from diving in Australia's northern states. There’s cold clear water, amazing kelp forests, cool aquatic critters and a destination...
Read more 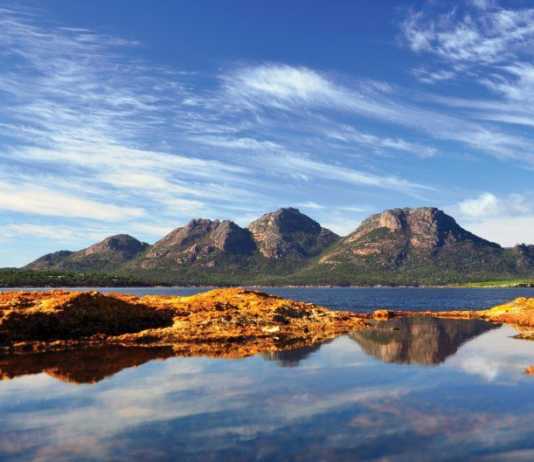