A few years ago, unless you lived in Sydney, travelling from Brisbane to Canada usually meant flying through Sydney and/or Los Angeles. Air Canada Australia is certainly making an effort to turn things around. Air Canada’s Brisbane to Vancouver direct flights, which started in June 2016, made it much easier for Queensland travellers to make the decision to holiday in Canada.

The Brisbane to Vancouver flights reduces the travelling time by five hours and direct flights to Canada from Melbourne offer a similar advantage to Victorians.

According to a quote about travel by Al Gore, “Plane travel is nature’s way of making you look like your passport photo.” It’s one of the reasons why choosing the right long-haul flight makes such a difference. In the past, I’d try my best to avoid flying Air Canada but things have improved a lot since Air Canada began flying the new Boeing 787 Dreamliner to and from Brisbane. Here’s my Air Canada flight review.

Brisbane to Vancouver flight time: 13 hours and 35 minutes. AC36 departs Brisbane at 1040am and arrives in Vancouver at 715am the same day.

I was one of the first to arrive at the Air Canada check-in at Brisbane Airport.

As my shuttle from the Sunshine Coast dropped me off at Brisbane International Airport ahead of schedule, the Air Canada check-in was devoid of queues.

The self-check-in terminals were simple to use.

A scan of the barcode and a few taps on the screen spat me out a boarding pass and baggage tags.

A helpful staff member stopped to help me loop my baggage tags around the handles and I dropped my bags at the bag drop.

Air Canada baggage rules allow two bags of up to 23kg each while the airline’s carry on rules permits one standard and one personal article.

With ample time to make my way through customs and do a round of the duty-free shops, I arrived at the gate feeling relaxed.

Going to Canada? Here are some of the famous landmarks in Canada to visit and Canadian facts to know.

Seats were laid out in a 3-3-3 configuration and there was plenty of space in the overhead bins.

Looking for ideas on where to go? We know lots of places in Canada you’ll love. Check out a Canadian city or one of Canada’s stunning nature destinations.

Fortunately, on this particular flight, it didn’t matter which seat I was allocated as it was a lightly loaded flight.

I did get a bulkhead seat (18D) on the Vancouver to Brisbane flight and found myself seated next to a charming couple with an adorable three-month-old baby.

Luck was on my side.

The baby was a dream to travel with, she slept right through the flight and thankfully she only woke up to scream as the aircraft began its descent into Brisbane.

When comparing the two seats, I preferred my seat choice on the Brisbane to Vancouver flight.

Tips on choosing a seat in Economy

When flying Economy choosing the right seat can make a difference to your level of comfort during the flight.

The biggest surprise on this Air Canada Economy flight to Vancouver was that I had a row of three seats all to myself.

Actually, so did half of the rest of the passengers on the flight.

When choosing an Air Canada Economy seat, I’d go for a window or an aisle with an empty seat next to you, if possible.

If the flight is full, the last row at the back of the aircraft is a good choice because there are only two seats (instead of three) by the windows.

If you choose an exit row, I would definitely pick a window seat to avoid being bumped by passengers and crew walking past.

The pitch, width and recline of my seat was comfortable enough to watch 10 episodes of Versailles while enjoying a Tanqueray and Canada dry (gin and tonic), three-course dinner, snacks and drinks in between.

I had enough time to squeeze in a few winks before breakfast.

There was really nothing more I could have asked for on this Air Canada Economy flight. Except for an upgrade!

It has loads of movies and the latest Hollywood Blockbusters, an interactive moving map and games.

Dinner was a bush tucker salad with lettuce, Asian braised beef with Jasmine rice, choy sum and carrots (the other choice was chicken cacciatore with fettuccine, green beans and carrots) and sticky date cake for dessert.

Dinner was served with a quaffable French red.

Overall, I’d have to say the Air Canada food in Economy was predictably on par with other top-tier airlines but not outstanding.

The benefit to passengers is the Boeing 787 Dreamliner was designed to provide more comfort in the air with better humidity and temperature control and cleaner air.

As a contact lens wearer, flying long haul usually means I have to remove my contact lenses at some point during the flight.

The dryness of the cabin in most aircraft makes it really uncomfortable to wear them for more than a few hours during the flight.

On this flight, I was most impressed that I didn’t have to remove my contact lenses.

Actually, the humidity level in the cabin made my skin and eyes feel more comfortable than on the ground during a dry Queensland summer season.

The Air Canada Brisbane to Vancouver flight arrived on time at 720am with ample time to clear customs and catch the 11 am connecting flight to Whitehorse in Yukon Territory.

Vancouver Airport is bright and modern but there’s quite a long walk from the terminal to customs.

If you have a laptop or a heavy camera, I suggest packing it in a roller bag.

Australian passport holders require an eTA, which you need to apply for before from the Government of Canada’s official website before your flight.

It costs $7 CAD and most eTA applications are approved within minutes.

The Boeing 787 Dreamliner is an impressive aircraft with features that makes this long-haul flight much more comfortable.

All in all, for Brisbane travellers, flying Air Canada is a pleasant trip and the most direct route to Canada.

So if you’re planning a trip to the USA from Queensland, it certainly makes sense to consider the direct flights to Vancouver from Brisbane.

From Vancouver, it’s easy to connect to major cities in the USA and there are plenty of things to do in Vancouver to check out for a few days.

The flights depart Melbourne at 1140am on Monday, Wednesday, Friday and Sunday.

The 730 am arrival time in Vancouver makes it convenient to connect to other places in Canada and the USA.

Is Air Canada the best airline from Australia to Canada?

When flying between Australia and Canada, Air Canada has the most direct flights.

These airlines fly through Los Angeles, San Francisco or Honolulu.

Canada’s capital, Ottawa, has some fabulous museums and other family-friendly activities. But you don’t have to be a party animal to enjoy a holiday in Canada.

The country has wonderful national parks and keen gardeners will love visiting these amazing Canadian gardens.

Wondering how much it costs to stay in Canada? 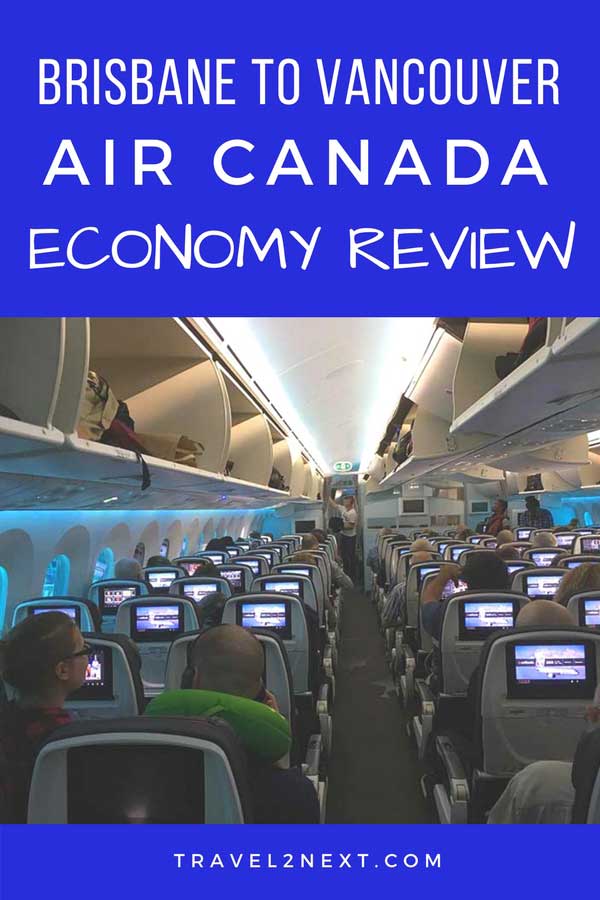