There are some places in the world that leave me with a strong impression yet there are others I can barely remember. For me, Aleppo in Syria is one of those places that is crystal clear in my mind. I only visited for a day four years ago yet the images of the people at Aleppo’s World Heritage structures and vibrant market play through my head like I had been there yesterday and had stayed for a month.

Maybe it’s because I found Aleppo, and most of Syria, impossibly exotic. Maybe it was because the winding road from our cruise ship to Aleppo made me horribly car sick. Or maybe it was because only weeks after returning from my trip, I was looking in horror and disbelief at images of Syria at war on CNN and Al Jazeera. Whatever the reason, Aleppo is a place that is imprinted in my memory as a charming and exotic city filled with happy and beautiful people.

I find it distressing to read about the current state of affairs in Aleppo and it saddens me to consider what might have happened to the men, women and children I met. The main market in the city was a warren of local shops and stalls packed with just about everything you can imagine such as spices, fresh vegetables and meat and drinks. There were stalls selling candles, scarves and clothes. Compared to the Grand Bazaar in Istanbul, Aleppo’s market seemed like the real deal. It felt authentically local. I don’t remember being hassled by vendors to buy souvenirs at all. The sights at the market were captivating and I was frustrated I wasn’t able to spend the whole day just wandering around and taking photographs.

Here are some images. 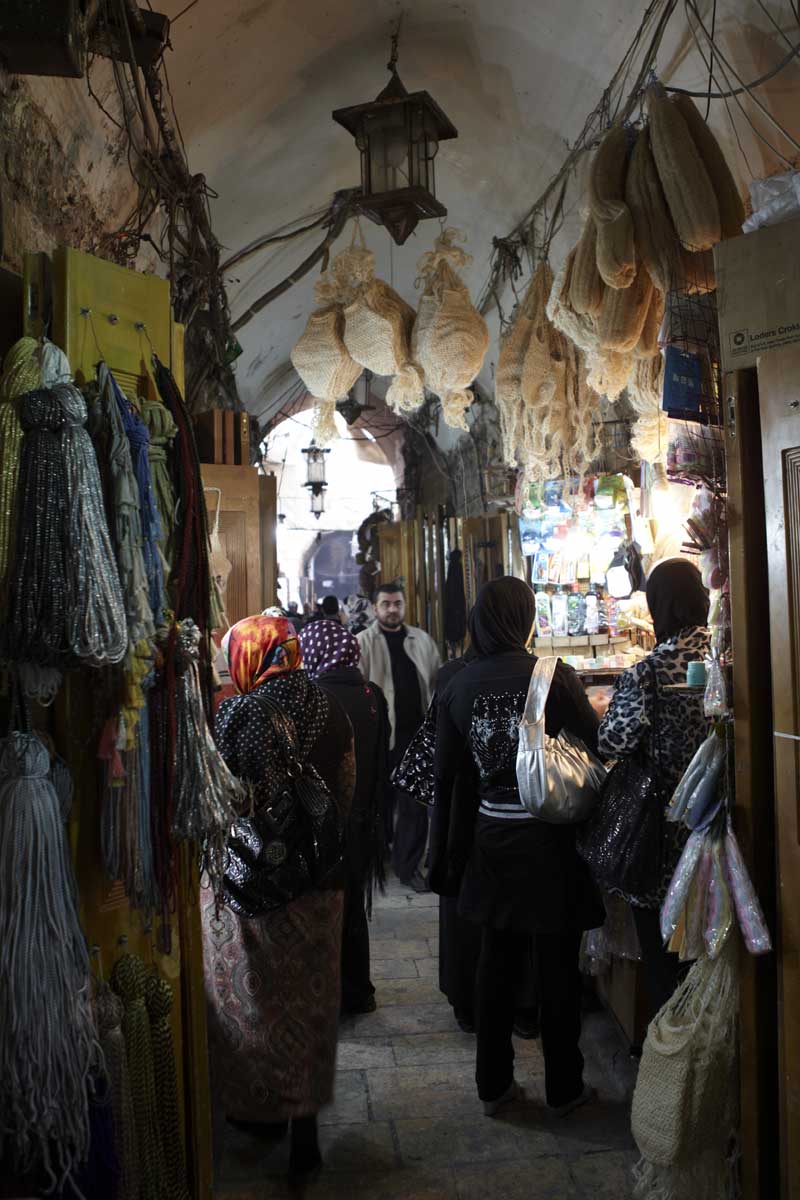 I’m incredibly fortunate to have been given the opportunity to see the Ancient City of Aleppo, a World Heritage site for its location at the crossroads of trade routes from the 2nd millennium B.C. The main sights were the Citadel, Grand Mosque and the Souk. The 13th-century citadel was the main drawcard of our tour and an interesting place to learn about Aleppo’s history. In a nutshell, Aleppo is no stranger to conquerors and has been ruled by the Hittites, Assyrians, Arabs, Mongols, Mamelukes and Ottomans. I opted out of donning a hijab and entering the Great Mosque, simply because there was so little time and I wanted to wander around the markets to photograph daily life. The streets of Aleppo Donations to assist victims of Syria’s civil war can be made via the Save the Children Syrian refugee crisis appeal: savethechildren.org.au/syria.