Before visiting Australia, you might feel like doing some reading to learn more about the country. To help, we’ve compiled a list of 25 books about Australia from all genres that give you an insight into culture, history and way of life to help you plan your adventure Down Under.

25 Books About Australia To Read Before You Visit

1- In a Sunburned Country by Bill Bryson 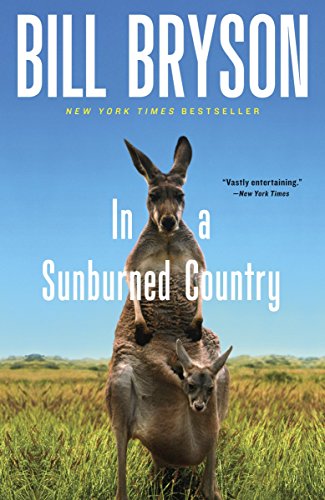 In a Sunburned Country is a humorous and wry reflection on author Bill Bryson’s travels around Australia.

It is divided into three parts: Into the Outback, Civilised Australia (The Boomerang Coast) and Around the Edges.

Each section explains his experiences in various places across the continent, including the towns he visited, characters he met and information about the local history, culture, geography, nature and economy.

2- Welcome to Country: A Travel Guide to Indigenous Australia by Marcia Langton

Australia’s first human inhabitants were the Aboriginal and Torres Strait Islander People, so it is natural to be curious about their history and connection to country.

Welcome to Country: A Travel Guide to Indigenous Australia was created by Professor Marcia Langton, a scholar and descendent of the Yiman people.

It is one of the most comprehensive travel guides to Indigenous Australia ever written.

Professor Langton gives an overview of Indigenous culture and history and has completed a directory of Indigenous art galleries, festivals, communities, tours and performances for every Australian state and territory.

3- The Happiest Refugee by Ahn Do

The Happiest Refugee is the autobiographical story of Ahn Do, an extremely successful Australian author, comedian and artist.

It begins with his family fleeing war-torn Vietnam when Ahn was young and explains his life growing up in Sydney, Australia.

Nowadays, Ahn Do is a household name, and his brother Khoa Do has also been a recipient of the prestigious Young Australian of the Year Award.

This book gives an insight into the multicultural nature of Australia, with almost 30% of the population being born overseas.

Melbourne is the country’s most multicultural city, and you can expect to find lots of international cuisine across the country, especially from Asia.

While it is only a short story, it authentically weaves in Australian geography and native animals.

The foods Hush the possum eats, including lamingtons, pavlova, and Vegemite sandwiches, are considered Australian classics, so it’s worth reading the book, making a list, and eating your way around Australia.

Just remember, the trick with Vegemite is to use LOTS of butter.

Australia is an excellent destination for avid fishermen.

Equipment is readily available, there are lots of tours and you can fish off many of the country’s jetties, beaches, and riverbanks.

The AFN Australian Fish Guide by Frank Prokop is a comprehensive guide for recreational fishing in Australia.

It has descriptions and images of hundreds of Australian fish species and suggestions for how to set up your rig to catch them.

6- My Steve by Terri Irwin

Steve Irwin is better known as the Crocodile Hunter and was an internationally renowned wildlife warrior.

After his untimely death, Steve’s wife and children, Terri, Bindi, and Robert, carried on his legacy at Australia Zoo, one of Australia’s premier wildlife parks.

My Steve is his wife’s honest account of their adventurous and love-filled lives together.

It is a moving portrayal of one of Australia’ most beloved wildlife warriors.

A Town Like Alice is a romance novel that opens in Malaya during World War II.

English woman Jean Paget is captured by the Japanese and forced to go on a seven-month death march through the jungle.

After the war, she is back in England when she receives a large inheritance.

Jean decides to return to Malaya to help the villagers who saved her, which eventually leads her to the Australian outback.

Through the veil of romance, readers can discover a period of war that left a deep mark on Australia and the resilience of those living in the outback. 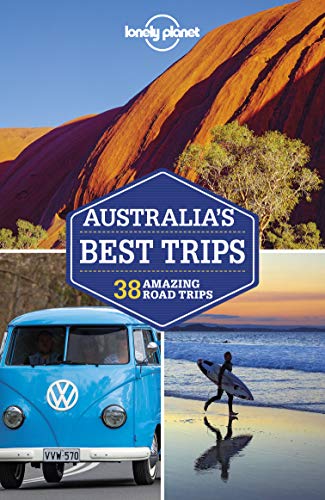 Australia is a vast continent best experienced on a road trip.

Some visitors hire a car while others choose to buy and fit out their own van, which is easier in Australia than it sounds.

Lonely Planet: Australia’s Best Trips outlines 38 of the best road trips you can go on around Australia.

The book provides helpful information about the route, attractions, accommodation and amenities.

Tim Winton is a well-known Australian author and his novel Cloudstreet is regarded as an Australian classic.

It tells the stories of the Pickle family and their tenants, the Lamb family, sharing a big old house called Cloudstreet in Perth, Western Australia.

Both families are working class and trying to flee from family tragedy and poverty.

The story shares their experiences from 1944 to 1964, covering everything from drunkenness, marriage, adultery to birth, death and resurrection.

Maggie Beer is one of Australia’s most well-known cooks; she often makes guest appearances on television and her products are available in local supermarkets.

Maggie’s Harvest is a compilation of over 350 of her signature recipes, with descriptions of her favourite ingredients and mealtime memories.

Throughout the book, Maggie’s love of the Barossa Valley comes through, one of Australia’s best destinations for lovers of wine and local premium produce.

The writers offer their recommendations for the best farmers markets, food producers and restaurants, and give background information to help you understand the region.

12- No Spin: My Autobiography by Shane Warne

Along with AFL, cricket is one of Australia’s favourite pastimes.

In recent years no player has dominated the Australian headlines like Shane Warne.

No Spin: My Autobiography is his honest reflection on the events of his life and gives readers an insight into Australia’s love of the game, which can be as simple as a game of backyard cricket.

The Dry is an award-winning novel set in a small Australian town.

It follows the investigations of Aaron Falk into the death of three locals after he reluctantly returns to the town for one of the funerals.

It is a thrilling read for crime fiction lovers and can be followed up by watching the 2021 film, which stars Australian actor, Eric Bana.

His passion for sport and positive attitude inspires people around the country.

Able: Fully Updated gives readers an insight into the kind of person Australians tune into on the radio or watch on TV.

For those interested in politics, his autobiography, Lazarus Rising, gives excellent insights into how Canberra operates and John Howard’s current stance on many of the thorny issues he tackled during his time as Prime Minister.

One highlight is his introduction of Australia’s strict gun control laws, and you’ll be glad to learn that gun violence is not a concern for anyone travelling around Australia.

The titular character of Craig Silvey’s novel, Jasper Jones, is a mixed-race boy who lives in a regional Australian mining town in 1965.

One night, 13-year-old Charlie Bucktin is woken by a desperate Jasper and eager to impress this aloof outcast.

He chooses to follow him to a secret clearing in the bush, where Charlie sees Jasper’s horrific discovery.

Silvey captures the essence of outback Australia during the 1960s well, including the prejudices and narrow mindedness of people during that era when it came to racial acceptance and multiculturalism.

17- True Spirit: The Aussie Girl Who Took on The World by Jessica Watson

In 2009 Jessica Watson dominated headlines in Australia as a 16-year-old girl trying to solo-circumnavigate the world.

210 days later, in May 2010, she triumphantly sailed back into Sydney Harbour, having achieved her goal.

Her book True Spirit: The Aussie Girl Who Took on The World is an inspiring story that may lead you to jump aboard a yacht and experience the joy of sailing for yourself, maybe in Sydney Harbour, around the Whitsundays or at the Great Barrier Reef.

18- The Arsonist: A Mind on Fire by Chloe Hooper 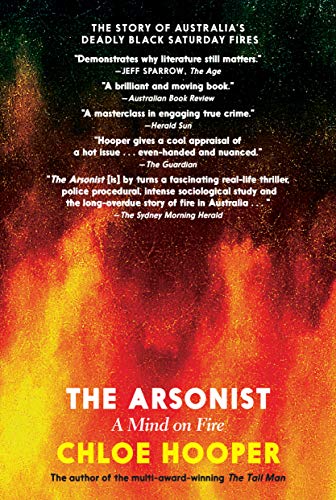 For fans of true crime novels, try The Arsonist: A Mind of Fire.

Based on the events of the 2009 Black Saturday bushfires, Chloe Hooper takes you through the hunt to find one of the arsonists responsible.

In the wake of a significant bushfire, communities need help getting back on their feet.

As well as being an interesting read, this book might be the catalyst for a visit to country Australia where tourists are most welcome.

There are few things more sacred in Australia than the ANZAC (Australian and New Zealand Army Corps) soldiers.

The actions of the ANZACs at Gallipoli during World War I are part of Australia’s national identity, so Gallipoli by Peter FitzSimons is an excellent place to start learning about them before a visit to any of Australia’s war memorials or museums.

Australia has an abundance of unique plants and animals.

For bird lovers visiting the continent, The Australian Bird Guide is a valuable tool for identifying the different species.

It has images of over 900 bird species and reflects Australia’s diverse habitats and evolutionary history.

21- The Gold Rush: The Fever That Forever Changed Australia by David Hill

During the 1800s, Australia had some exciting gold rushes that resulted in the discovery of great riches, a rapid increase in population and the values of Australian democracy being developed.

Reading The Gold Rush: The Fever That Forever Changed Australia is beneficial if you plan to visit a goldrush town, with the best tourist towns being Kalgoorlie, Ballarat and Bendigo.

22- True Girt: The Unauthorised History of Australia by David Hunt

If you want to learn more about Australian history but find history books a little tedious, try True Girt: The Unauthorised History of Australia by David Hunt.

It recounts many of the strange and slightly ridiculous things that have happened in Australia’s history.

It is based on fact but is a hilarious read and might give you some ideas for historical sites you’d like to see.

23- Not for the Faint-hearted: A Personal Reflection on Life, Politics and Purpose 1957-2007 by Kevin Rudd

As the leader of the opposition, Kevin Rudd was elected Prime Minister of Australia in 2007.

His autobiography Not for the Faint-hearted: A Personal Reflection on Life, Politics and Purpose tells of his life growing up in rural Australia and his path to becoming Prime Minister.

It offers fascinating insights into Australian politics, especially given the tumultuous events that happened after 2007 within the party.

24- Too Much Lip by Melissa Lucashenko

Too Much Lip is a dark and funny novel written by Indigenous Australian author Melissa Lucashenko.

It follows Kerry Salter, a young Aboriginal woman who has spent her life avoiding two things: her hometown and jail.

But, with her Pop dying, it is time for her to return to Bundjalung country, a move that results in far more trouble and action than she anticipated.

The fictitious novel gives a stark insight into the modern lives of Aboriginal people and may inspire you to include a few Indigenous Australian cultural experiences on your itinerary.

25- The Works of `Banjo’ Paterson by Wordsworth Poetry Library

Banjo Paterson is a classic Australian poet and writer whose face is on the $20 note.

He wrote some of Australia’s most iconic pieces of literature, including The Man from Snowy River and Waltzing Matilda, which was almost the national anthem.

If you are a poetry lover, then reading his works can give you a beautiful insight into Australia’s natural environment and history and might inspire you to visit the places that inspired Banjo Paterson.