One of the most popular things to do in Tasmania is to see its wildlife. Did you know Tasmania has 33 native terrestrial mammals and 41 marine mammals? Tasmanian wildlife includes pademelons, eastern quolls, bettongs and Tasmanian devils. Wildlife in Tasmania extends to birds – there are 12 species of birds you’ll not find anywhere else on Earth and a number of species that only breed in Tasmania, such as the endangered orange-bellied parrot and swift parrot. Around 20% of Tasmania is covered in wilderness and the island is a haven for wildlife. So, tick off your list of Tasmanian animals.

Looking for animals in Tasmania? Here are the places to go to see wildlife in Tasmania.

Where to see wild animals in Tasmania

Tasmania’s Tarkine is a 477,000ha of awe-inspiring wilderness. Mount Donaldson is a favourite destination in the Tarkine for hikers.

It’s a four-hour walk which is rewarded with a breathtaking view at the top.

After the hike, explore Lucy Creek and Philosopher’s Falls, where the sound of water is soothing to the soul.

Freycinet National Park is 125 km northeast of Hobart on the east coast of Tasmania.

The Moulting Lagoon is home to black swans, waterfowl and other migratory birds.

Sometimes white-bellied sea eagles can be seen scouting for food over the ocean.

Wineglass Bay is the star of Freycinet National Park. This beautiful bay has been tagged as one of the world’s 10 best beaches by publications from around the world.

Some say that the landscape is an antipodean version of Hawaii.

Wallabies are often seen patrolling around the bay while seals relax on the sandy beaches.

The Western Wilderness is considered one of Australia’s true wilderness frontiers. It’s a sanctuary for wildlife.

A top spot to see fairy penguins or blue penguins is Bonnet Island in the Western Wilderness.

They are the world’s smallest penguins, measuring to only 40cm in height and the average weight is around one kilogram.

In the evenings, the fairy penguins waddle into the water and around the rocky shoreline of the island.

It’s not a national park but it has natural beauty, with temperate rainforests, glacial rock formations and a panoramic view of Hobart from the summit.

You can tackle Mount Wellington by car, motorbike, trike or by foot. On your way you might spot pademelons, bandicoots, possums and echidnas.

One of the special things about Cataract Gorge is it’s a 15-minute walk from the city centre of Launceston, which makes visiting an easy thing to do in Launceston.

Once you go, you’ll soon see why it is one of Tasmania’s top tourist attractions.

It’s a top spot for a family picnic, where you might spot peacocks that add an extra dash of colour to the beautiful gardens of Cataract Gorge, along with the wallabies and birds.

Cataract Gorge Reserve volunteers offer interpretative walks through the reserve, starting at Basin Cottage where you’ll find old photos dating to the 1860s and other interesting information about the reserve.

Lake St. Clair is at the southern end of Cradle Mountain. It was named after Clare of Assisi when a European explorer discovered it on the feast day of St. Clare of Assisi.

Although it seems like it’s a remote destination, Lake St. Clair is only a 2.5-hour drive from Hobart.

It’s the finishing point of the Overland Track and Australia’s deepest lake.

It is 1,545m above sea level and is certainly one of the most well-known places in Tasmania.

A number of bird species including green rosellas, black currawongs, pink robins and Tasmanian scrub wrens can be seen here.

The mountains are where Peregrine falcons and wedge-tailed eagles nest. Tiger snakes are also found in the area, along with wombats, pademelons, Tasmanian devils and echidnas. Visit devils@cradle to learn more about the plight of the Tasmanian devil.

Bay of Fires, in Tasmania’s north east, was named by Captain Tobias Furneaux in 1773 when he saw numerous fires of the Aboriginal people along the coast.

Aboriginal middens (shell and bone deposits) can be found in the sand dunes around the area.

In season, pods of dolphins and whales pass by the Bay of Fires and are a spectacular sight to watch from the beach.

Maria Island is a mountainous island shaped like a figure eight.

The island can be reached either by a boat or a plane from Triabunna, the nearest town. The island is rich in history.

It was a convict settlement during the first half of the 19th century and became a national park in 1972.

The Tasman Peninsula is south-east of Hobart is a beautiful part of the world.

Learn about Tasmanian devil conservation at the Tasmania Devil Conservation Park on the main highway in Taranna.

The Tasman Peninsula is a wonderful place to go hiking. Another memorable way to explore the region is on a boat trip where you’re likely to spot sea lions, seals and dolphins.

The peninsula is also a sanctuary for the endangered Swift Parrot and Forty-spotted Pardalote.

Want to know more about the animals of Tasmania? Meet the denizens of Bonorong Wildlife Sanctuary.

An adult of unknown age, Archie came to live at Bonorong Wildlife Sanctuary after being hit by a car. Archie’s wing was damaged, making it impossible for him to survive in the wild. These days, Archie lives with a small group of other tawny’s who have been similarly injured.

Eastern quolls have been extinct on the mainland since the 20th century and can only be found in Tasmania.

When it’s a little older, this little baby will be sent to Mt Rothwell in Victoria to be part of a reintroduction program.

Forester kangaroos are a subspecies of the Eastern Grey family and only found in Tasmania.

Fidget was orphaned after his mother was hit by a car. Due to his light colouring and poor eyesight, Fidget would have been highly vulnerable to attacks from other possums in the wild.

Fronk is a part of an important quarantine program keeping the frogs safe from the deadly fungal infection chytridiomycosis, which is decimating frog populations around the world.

The program is also attempting to breed the frogs in captivity and gathering data on this little-known species.

This Australian wood duck, Little Man, was found wandering alone without his mum.

Little Man was hand-raised by one of the Bonorong wildlife keepers and then released back into the wild.

This baby wombat was a lucky chap. Max’s mum was one of the many roadkill victims in Tasmania but Max was fortunate to be found and brought to Bonorong to be cared for.

Born at Bonorong Wildlife Sanctuary as part of the national captive-bred ‘Insurance Population’, Prince is quite a charmer.

The aim of the program is to safeguard this endangered species against the impact of Devil Facial Tumour Disease.

Born in the wild, Randall became a victim of a dog attack and needed one of his legs amputated. His injury has made it extremely difficult for him to survive in the wild. Fortunately for Randall, he now lives at Bonorong where he is safe from predators.

There are several sugar gliders at Bonorong Wildlife Sanctuary.

Most of them came to live at Bonorong after being injured in the wild, like Lachie who was badly injured in a cat attack and needed several months of recovery.

Sugar gliders are not native to Tasmania and out-compete many native birds and small mammals for food and nesting hollows.

For these reasons, these gliders are not able to be released back to the wild so live safely at Bonorong instead.

Tasmania has a good selection of hotels, cottages, B&B’s and other accommodation options.

Looking for more Australian wildlife experiences? Here are some to put on your bucket list: 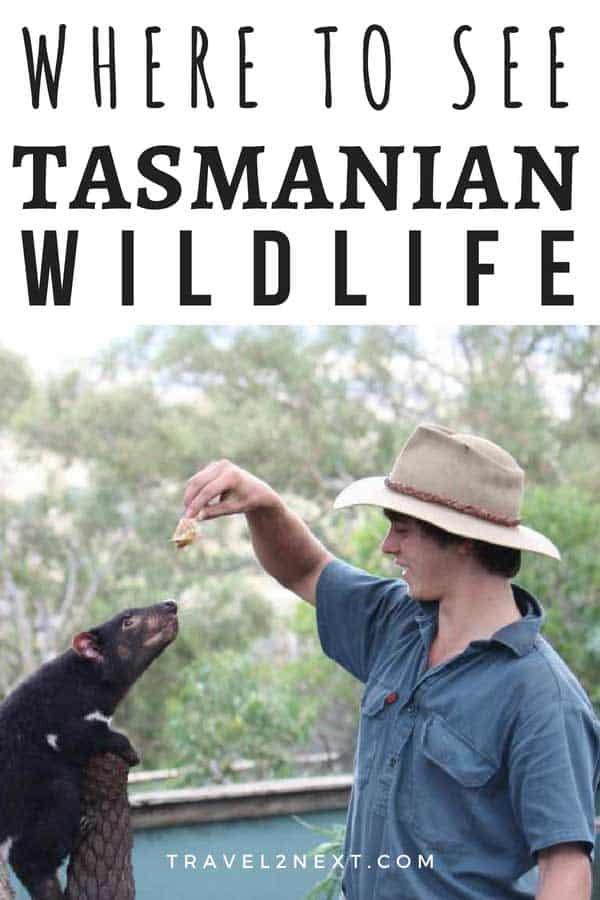 The Editor - 27 October 2022
Launceston, or ‘Lonnie’ as known by the locals, is Tasmania’s second-largest city packed full of heritage, art galleries and museums. Surrounded by fabulous food...