Next time you visit Sydney, bear a thought for Sydney’s tea-drinking culture, which can be credited to Quong Tart, a Chinese Mandarin who dressed like a Victorian English gentleman.

Hunting for the best tea shop and delving into Sydney’s tea history may not be the most obvious thing to do in Sydney but you’ll most probably find the stories of Quong Tart fascinating. History of tea in Sydney 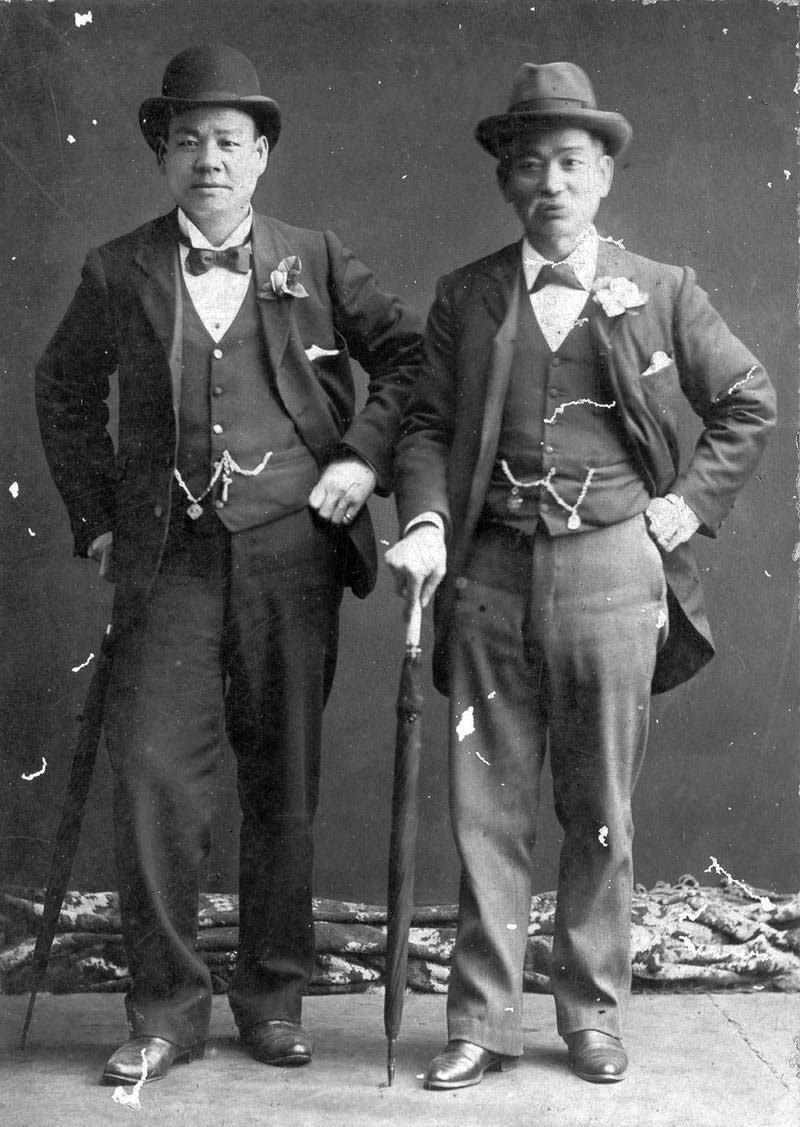 In April 1895, the Australian Star reported “there is no more popular resort among businessmen for lunch or among ladies in town shopping for afternoon tea.

In the middle of the day always and frequently in the evening, the place is crowded with city men, merchants, agents and many members of Parliament”

The Star referred to the Loong Shan Tea Rooms at 137 King Street, the largest and most spectacular establishment in the chain of tearooms run by Chinese immigrant and self-made entrepreneur, Quong Tart.

These tea rooms were quite the rage in Victorian Sydney and were lavishly decorated with hand painted Japanese art, Chinese wood carvings, elegant golden mirrors and marble ponds with plump golden carp.

Sydney’s social set stopped by to rub shoulders at his tea rooms while savouring fine and exotic tea imported from China.

Ladies gathered in the Ladies’ Reading Room on the first floor to rest their weary feet.

There, they flicked through magazines as a respite from the dusty streets while tucking into dainty refreshments of pastries, scones and pies.

Gentlemen with ravenous appetites ordered hearty dishes like hare in port wine sauce or a shoulder of mutton.

On special occasions, debutants floated dreamily in the banquet hall on the top floor.

Read this post for the best Sydney day trips you can do using public transport.

Who was Quong Tart? Mei Guangda, better known as Quong Tart, followed his uncle to the Braidwood goldfields at the age of nine.

Born in 1850, in Guangdong, China to a prosperous family of ornamental-wares merchants, his engaging personality allowed him to assimilate easily into Australian society.

Renowned for his recitations of Robbie Burns’ poetry and his lively performances of Scottish songs, the Sydney press delighted in his fixation for all things Scottish lampooning him as Quong MacTartan depicted in the plaid and sporran.

After making his fortune on the goldfields, he opened his string of tea houses and presided over Sydney’s social activities.

He mediated disputes between the Chinese and Australian communities, petitioned against opium and donated generously to the poor.

He umpired cricket matches, bicycle races and entertained with his jokes and Scottish songs.

The most remarkable thing about all this is that he was immensely popular during a time when anti-Chinese feeling ran high.

While he thoroughly assimilated into Sydney’s western society, even marrying an English woman, Quong Tart never downplayed his Chinese ancestry decorating his tea rooms with carvings and porcelains from his homeland. The Manchu-Qing Dynasty appointed him as a Mandarin of the fourth rank and he wore his robes with pride at both official and unofficial gatherings.

Further Reading: Margaret Tart, The Life of Quong Tart or, How a Foreigner Succeeded in A British Community, Ben Franklin Printing, Sydney, 1911.

This book was written by Quong Tart’s wife a few years after his death in 1903 is available from the State Library of New South Wales. Now you know some of the past secrets of Sydney, it’s great that the culture of tea-drinking has not faded with time.

There are lots of great spots to sample tea in Sydney including The Tea Centre, which is located in the Piccadilly Centre (210 Pitt Street).

There are teas from around the world, including India, China, Ceylon, Taiwan, Japan (matcha green tea is big in Japan) and New Guinea.

Their most popular teas are blended varieties such as the fruity Stockholm Blend which is a combination of black tea with orange peel, vanilla pieces, apricot flavour, safflowers, calendula blossoms and rose petals.

Take home a piece of Sydney with their Sydney Special blend of black and green tea with mango, jasmine, rose and sunflower blossoms. Once only enjoyed only by the Chinese emperors, it is a white tea which is naturally dried with all its original goodness still intact.

According to Chinese legend, King Shen Nong accidentally discovered tea while he was sitting under a tree boiling some water.

A competing legend started in India which claims that Prince Siddhartha Gautama, Buddhism’s founder, tore off his eyelids and threw them onto the ground because he fell asleep despite his vow to remain awake during a pilgrimage.

Supposedly, the eyelids took root and germinated into tea plants that sprouted leaves with an eyelid shape.

Where to have High Tea in Sydney The tea rooms in the Queen Victoria Building was once recognised as the most elegant eatery in Sydney.

Sydney’s working crowd dined on fried fish, sausages, grilled chops and steak on the ground floor; the floor above had a seating capacity of 500 and was often used for performances.

Today, there is a tearoom tucked away in a corner on the third floor of the Queen Victoria Building.

Hidden away from the throngs of shoppers, the Tea Room is a reminder of a bygone era. Big band music from the Glenn Miller era floats through the grand hall as couples enjoy a quiet respite from the big city rush.