A road trip along the Pacific Coast Highway between San Francisco and Los Angeles is one of California’s most scenic drives and reveals some of the best places to visit in California. From dry deserts to snow-capped mountains, ancient redwood rainforests to rolling vineyards, California’s landscapes are diverse.

The golden state’s dynamic cities, spectacular national parks and world-renown theme parks are a lure for holidaymakers and the landmarks in California are nothing short of spectacular.

You can whoosh down the slopes of the High Sierras, hike the desert canyons of the Mojave National Preserve or visit some of the world’s best wineries.

One of the state’s most captivating attractions is the drive along its rugged coastline where dramatic scenery, dazzling sun-drenched beaches and fascinating seaside towns and villages are a joy to explore.

Places To Visit In California For Your Bucket List It’s one of the world’s greatest road trips; a highway that is a favourite with production companies when making car commercials.

We begin our journey in San Francisco, where it’s easy to see why Tony Bennett crooned about leaving his heart here in his 1954 signature song “I left my heart in San Francisco”.

Visiting San Francisco for the first time is like stepping into a movie set (think Mrs Doubtfire or Dirty Harry) with cable cars, steep hilly streets, San Francisco Bay and the picturesque Golden Gate Bridge as a backdrop.

Heading south, we pick up Highway 1 at Daly City, roll down the windows and leave the frenetic pace of the city behind.

The highway hugs the coastline unfolding sweeping views of the Pacific Ocean.

A breeze whips through our hair while the smell of the ocean conjures images of seafood platters and lazy days at the beach. 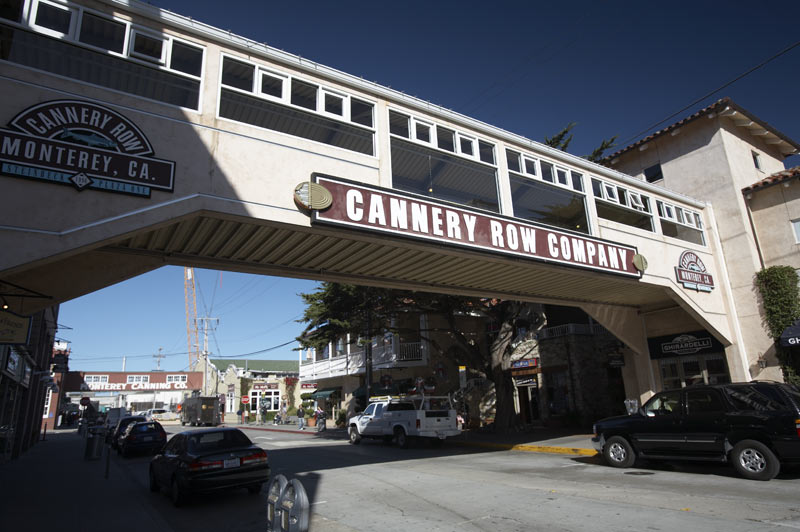 About 200 kilometres south of San Francisco, our first stop on the Monterey Peninsula is the charming town of Monterey.

The historic cannery buildings on the oceanfront of Cannery Row, that inspired John Steinbeck’s eponymous book, are filled with shops and restaurants.

During the 19th century, sardines caught in Monterey Bay were packaged by these canneries along the waterfront. Explore the hidden wonders of the ocean at Monterey Bay Aquarium.

It has 200 exhibits including penguins, sea otters, octopus, a kelp forest and jellies. A short drive from Monterey is the delightful seaside town of Carmel-by-the-Sea.

Since the days of Clark Gable and Carol Lombard, this holiday resort town has been a favourite haunt for the Hollywood set.

Even these days, anyone you pass on the street could be a celebrity, including Clint Eastwood (who was mayor of Carmel for one term).

We spend hours browsing the galleries, gift shops and boutiques here, which cater to a discerning clientele, but there’s so much more to explore along the route.

Visit the gallery of the USA’s most collected living artist, Thomas Kinkade, known as the “Painter of Light.”

His paintings, sketches and lithographs are displayed at The Studio in the Garden (Ocean Avenue, between Lincoln and Dolores. One of the most famous sections of Highway 1 is the 145-kilometre drive between Carmel-by-the-Sea and San Simeon to the south, known as the Big Sur.

The views as the highway twists and turns between the Santa Lucia Mountains and the rocky Pacific coastline are simply breathtaking.

Henry Miller, one of America’s most well-known authors, called it “The face of the earth as the Creator intended it to look.”

As the mountains flatten out at the southern end of Big Sur towards San Simeon, the terrain changes to open ranch land.

Swinging turns are followed by long straight sections of the road.

Some of the fun things to do along the Big Sur include spending time on Pfeiffer Beach, hiking the trails of Point Lobos Natural Reserve to see stunning views and swimming in the Big Sur River.

We explore one of California’s most popular tourist attractions, set on a hill above the highway at San Simeon.

The monumental Hearst Castle is a 165-room Moorish castle which was once newspaper magnate William Randolph Hearst’s home.

Nestled among terraced gardens, the castle is furnished with Spanish and Italian antiques and art.

Hearst Castle is a few hours’ drive to the north and a place to relive the Roaring Twenties. The halfway point between San Francisco and Los Angeles is San Luis Obispo.

This is where Highway 1 meets Highway 101.

The market town is slightly inland and its restaurants receive fresh produce from the farming and ranching communities nearby.

A walk through the town reveals an architectural feast for the eyes, from the historic Mission de Tolosa, founded by the Franciscans in 1772, to a doctor’s office designed by architect Frank Lloyd Wright.

Pop in for a seafood taco and a glass of local wine at the popular Big Sky Cafe (1121 Broad Street).

The eatery attracts diners from all over the state with its eclectic fare served under a painted ceiling of an open sky.

San Francisco may be the geographical centre of the state but for many, Santa Barbara’s beautiful sandy beaches, palm trees, marinas and jogging paths are the essence of California.

From Santa Barbara, the drive along the Pacific Coast Highway through Ventura and Oxnard rolls past another beautiful stretch of coast at Malibu, where shiny luxury sports cars cruise slowly past multimillion-dollar beach homes.

Then cruise on to Los Angeles, the city of stars, where the beautiful and talented come to seek fame but there’s no doubt in my mind, the real star here is the spectacular drive along Highway 1.

Cities to visit in California

Be entertained San Francisco style at Teatro Zinzanni (Pier 29 at the Embarcadero).

The dinner show is a thoroughly entertaining blend of cabaret, vaudeville, improvisation and pop music.

Coal magnate Carman Runyon once used the property as a private hunting ground.

There are steep hikes with views of the San Fernando Valley, the Pacific Ocean and, on a clear day, Catalina Island.

San Jose is a cool city in Silicon Valley and not necessarily one of the obvious places to visit in California.

If you do go, you’d be surprised at how many fun things to do in San Jose you’ll find.

Lake Tahoe in the Sierra Nevadas is a stunningly beautiful place to visit in California in summer or winter.

Winter is a fantastic season to spend time in one of the Lake Tahoe ski resorts for skiing, snowboarding, snowmobiling and snowshoeing.

Split between California and Nevada, Lake Tahoe offers the best of the best of both states.

In fact, you can start skiing in California and end up in Nevada!

Check out these things to do in Lake Tahoe. 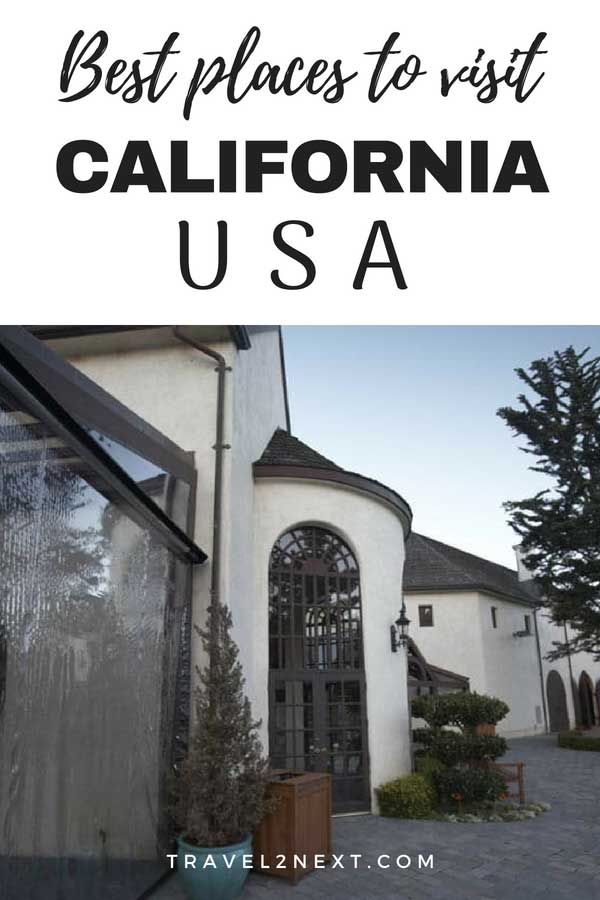