Did you know India has some amazing UNESCO World Heritage sites? if you want to be a traveller (instead of a tourist) then here are some of the best places to visit in India.

Best Places to visit in India 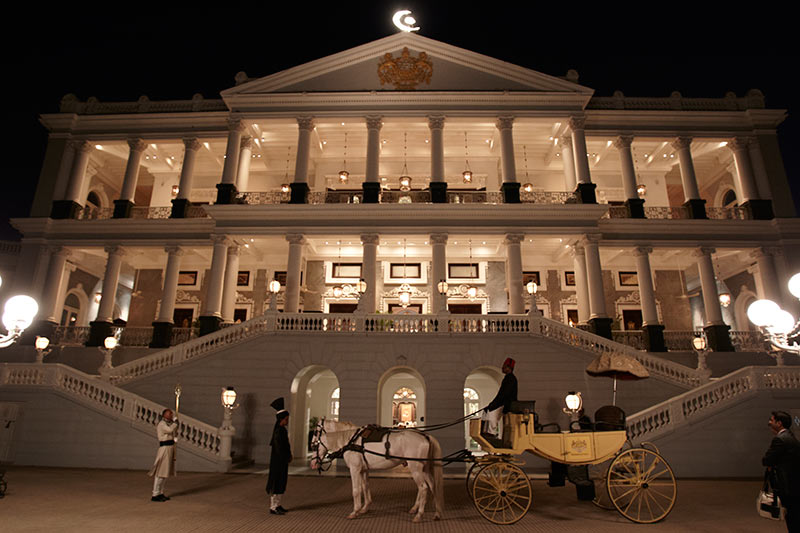 The former palace of the Nizams of Hyderabad is out of a fairytale. It’s now a luxury hotel open to the public.

At Taj Falaknuma Palace, you ride up the hill in a carriage with a liveried coachman where at the grand entrance to the rose petals are showered on your head.

The last Nizam was one of the world’s richest men. In the 1940s, he was worth US$2 billion and had so many pearls he could fill an Olympic-size swimming pool.

He also owned the 187-carat Jacob diamond (which he apparently used as a paperweight).

The palace hotel was restored by the first wife of the current Nizam and is a stylish affair with chandeliers, antiques and historic statues.

Hyderabad is a treasure trove of palaces, museums and tombs. The city’s dynasty of seven Nizams ruled one of the richest states in the world.

Most people who visit India usually head for the Taj Mahal, which is one of the most visited landmarks in India. Surprisingly, millions of Indians have never laid eyes on the Taj Mahal. Still, it’s a busy tourist attraction. Here are some Taj Mahal planning tips for your visit. Best known for its tranquil lake, Udaipur is a romantic spot in Rajasthan.

The touristy part of the old town is charming. It’s a lovely spot to explore and shop for silver jewellery as well as visit the City Palace, where you can wander through courtyards, pavilions, terraces and corridors.

In the countryside, stay at Devi Garh, a renovated 18th-century palace fort in a rural area near Udaipur.

Devi Garh’s minimalist interiors are a striking contrast to the architecture of the ancient heritage fort towering above the village of Delwara.

A delightful tour of the village is a way to soak up local culture and see how what makes rural India tick. Here are more places to visit in Udaipur. 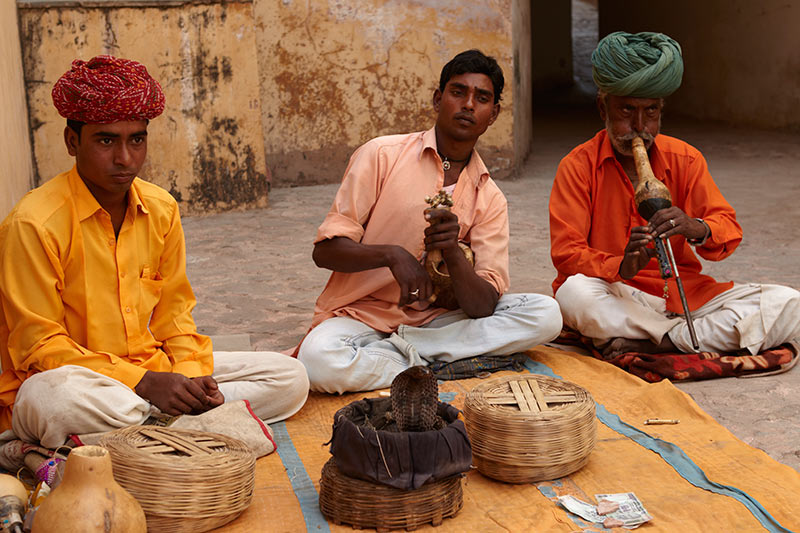 One of the most fun times to visit Jaipur is during the Holi festival when the pink city is on steroids.

Join in the fun and let your hair down with the locals. And be prepared to be covered in paint.

Visit Amber Fort and Jaipur’s City Palace at any time of the year. But if you happen to be there in March, the Jaipur Elephant Festival is a colourful event.

The festival is a riot of ornately decked out elephants, mahouts dressed up as Maharajahs and Rajasthani dancers dressed in colourful costumes.

The events include elephant races, elephant polo and tug-of-war. India has more than half of the world’s wild tiger population and Ranthambore National Park (once a hunting ground of the Maharajahs) is one of the most accessible places to see wild tigers in India.

Although there are more than 30 tigers in the park, you still need some luck to see one.

A game drive delivers sambar, nilgai and chital deer, mongoose, lemurs and a crocodile lazing on a riverbank and possibly a wild tiger or two. 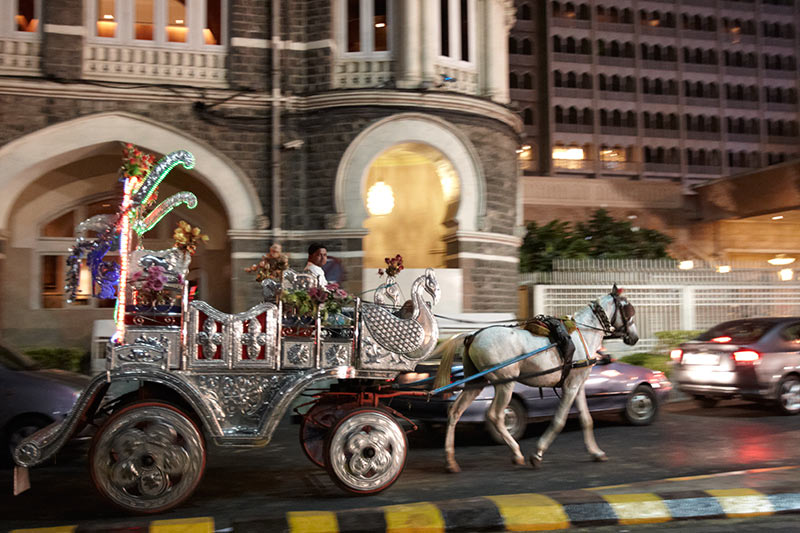 The pace picks up a few notches in Mumbai, a vibrant metropolis in India of 20 million people.

There are heaps of things to do in Mumbai that are fun. The city is full of traffic and there are lots of people.

There are fewer beggars than you might expect and the streets are actually quite clean.

Visit Elephanta Island for the World Heritage-listed caves and their impressive rock carvings.

If you’ve seen “Slumdog Millionaire” you’ll want to pay a visit to the Dharavi Slum.

It’s an eye-opener to walk through the slum and see the poor living conditions that around one million people call home in Mumbai.

The slums of Mumbai are a huge contrast to the luxurious suites in the Taj Mahal Palace Hotel.

Looking for more? What about these places to visit in Kolkata. Aurangabad is the closest city to the UNESCO World Heritage Ajanta and Ellora Caves.

Ajanta’s 30 caves were excavated for Buddhist monks to shelter in.

The caves house beautiful wall and ceiling paintings done between 200BC to 650AD. These works of art tell the story of Buddha’s life.

Ellora has Buddhist, Jain and Hindu caves. There are impressive pillars, giant statues of Buddha, mythical Hindu and Jain gods and goddesses carved out of rock.

7- Places to visit in South India

South India may not be as popular as North India but there are so many amazing places in South India too that are off the beaten track.

If you’re planning a trip to India, depending on which country you’re from, you will most likely require a visa. Read this for some great tips on how to get a tourist visa for India.