Waist deep in icy-cold water, I’m gasping for breath. But when I get past the first few minutes, a sense of euphoria sets in as my body counteracts and calms. “Oh my God!” is all I can say. And not just because of the chilly plunge, but because of the backdrop of Yosemite National Park.

From the Yosemite Valley floor, in the Sierra Nevada, central California, I’m gaping up at a towering granite rock formation, Half Dome, one of the world’s most celebrated landmarks created by age-old carvings of rivers and glaciers.

Think mule deer and coyotes on riverbanks, squirrels chiseling through nuts and masses of giant sequoia and coast redwood trees. 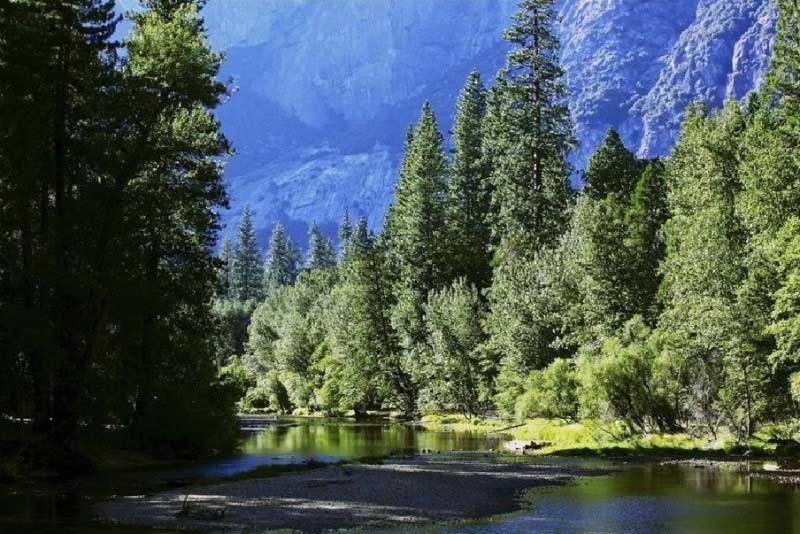 When photographer Ansel Adam’s first came here in 1916, at 14-years-old, he began shooting images with his Kodak Brownie.

He kept taking photos until his death in 1984, by which time he had become a world-renown photographer and powerful voice for wilderness conservation.

Adam’s exposé of Yosemite continues to draw pilgrims to the wilderness. And along with more than four million visitors to Yosemite each year, I’m one of them – here to capture my own Ansel inspired images.

From a range of accommodation for all budgets from campsites and lodges to a resort, we are at Housekeeping Camp. Nestled by the wild, sandy-beached Merced River and enclosed by jaw-dropping views, it’s dreamlike.

Our campsite has three walls, a tent flap and a big bear box just outside. No sign of a bear yet. There are potentially serious fires in the distance, so perhaps the American black bears have more important things to consider than raiding campsites.

We’ve been instructed to lock away anything with scent, even toothpaste and sun-cream, in the steel bins.

Making my way through the campground at night with a strapped on headlight, jumping at my own shadow, is amusing for the more practiced campers. I remind them that tent flaps can’t keep thieving squirrels out, let alone a bear. Janne Haggerbrink from Sweden, is here to see the great redwoods, plants, birds and wildlife. “Of California’s 7,000 plant species, more than 50 percent are in the Sierra Nevada and more than 20 percent in Yosemite,” he says.

“The enormity of this place is staggering – I wasn’t prepared for that.” El Capitan is a favourite for experienced rock climbers. From the base of the world’s largest monolith of granite, we watch an ant-sized climber, scaling the sheer rock wall.

For a view from the heights, we drive an hour up to Glacier Point to watch the vast landscape, drenched in fading light, dramatically change colour against the sinking sun. Tunnel View and waterfalls including North America’s largest, Yosemite Falls, are also a must see. To get about in Yosemite Village, in the park’s heart, you can take the frequent shuttle bus or, with 20kms of paved trails, hire a bicycle.

As well as the Ansel Adam’s gallery that offers photo workshops and field classes, there are exhibits and souvenirs at the visitor centre and bookstore, a nature centre, an outdoor store (for your trekking needs) and some well-stocked grocery stores. 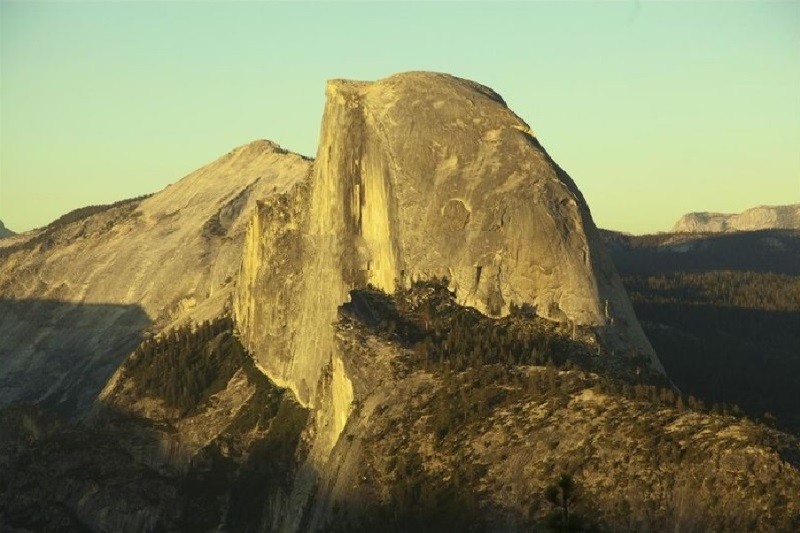 Stay a few days to trek, see the falls, swim the rivers, walk the meadows, look for bears and hug the trees. We drive out just before wild fires reach the park and roads are closed and leave without spotting a bear − relieved, yet disappointed.

Bear Aware: There are 300-500 black bears in Yosemite. There has never been a human fatality from a bear attack. The bear’s average lifespan is 18 years. Main causes of death are vehicle accidents, disease, old age and euthanasia (if they become habituated and aggressive). Be aware and responsibly store your food and scented items – protect the bear.

Visiting the USA? Why not head across the border to Canada as well?